Home
Patents
When Is a Patent Application Too "Indefinite"?

When Is a Patent Application Too “Indefinite”? 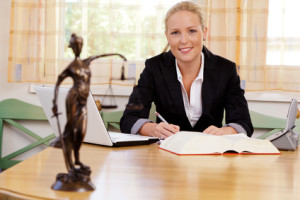 {2:15 minutes to read} The Supreme Court has now heard oral arguments and accepted briefs in the very interesting case In Re: Thomas G. Packard. The importance of the case involves the definition of “what is indefinite.” According to the  United States Patent and Trademark Office (USPTO), a claimed term is “indefinite” when it is ambiguous, vague, incoherent, opaque or unclear. The burden is on the applicant to rebut it by amending the claims or by explaining why it is not so.

The Federal Circuit ruled against Packard, agreeing with the Patent Trial and Appeal Board that affirmed the examiner’s rejection of Packard’s patent application under a USPTO standard that a patent is indefinite when it contains words and phrase whose meaning is unclear.

Packard appealed to the Supreme Court to try to obtain a definition of “indefiniteness” differently from what was held by the Board.

Packard based part of his argument on the landmark case Nautilus, Inc. v. Biosig Instruments, Inc. which was decided last year. The Court in that case ruled that a patent is invalid for indefiniteness “if its claims, read in light of the patent’s specification and prosecution history, fail to inform, with reasonable certainty, those skilled in the art about the scope of the invention.” According to Packard, if the Nautilus standard had been applied, his patent would not be found indefinite because it provides reasonable certainty. Thus, according to Packard, there are now two standards, one defined by the Nautilus case and one defined by the Federal courts. These two standards need to be reconciled.

The USPTO rebutted that it is appropriate for its examiners to use a standard that is different from the one used by courts because patent applicants have a chance to amend their claims during examination, and the owners of patents involved in litigation do not.

The difference in analysis, according to the USPTO, does not stem from divergent interpretations of the indefiniteness statute, but from the distinct roles that the USPTO and the courts play in the patent system.

The Supreme Court is expected to issue a ruling in this important and somewhat complicated  case this summer, and the decision is likely to have a significant impact on patent applications submitted in the USPTO.