Home
Patents
What Can We Learn from Cisco Ruling?

What Can We Learn from Cisco Ruling? 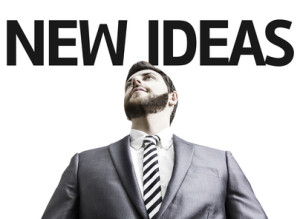 {Read in 3:05 minutes} The Supreme Court just issued a landmark ruling in the case Commil USA v Cisco Systems, holding that a good faith belief that a patent is invalid is not a viable defense to inducement of its infringement. The decision strikes a huge blow against Cisco and is certain to have major implications for patent infringement cases in the future.

While the 6-2 decision was not exactly unexpected, it nonetheless was striking in that it overturned a major ruling from U.S. Court of Appeals for the Federal Circuit. The case began in 2010 when Commil USA sued Cisco for alleged infringement of its patent covering its special method for providing faster wireless internet access. Commil won a $64 million verdict at the trial level, but the judgment was overturned by the Court of Appeals after it agreed with Cisco that it was unfairly prevented from presenting evidence that it believed in good faith that the patent at issue was invalid. The Supreme Court’s decision now effectively invalidates this line of argument.

The Supreme Court held that a patent’s potential “invalidity” is not a defense to infringement—it is a defense to liability, and because of that fact a simple belief as to invalidity cannot negate the scienter required for induced infringement.

The decision may increase the risk of lawsuits against manufacturers and distributors of products that may be the basis of induced infringement claims. These companies need to be aware that they can no longer raise their “good faith” belief that a patent being infringed is invalid as one of their possible defenses it they are sued for these activities.