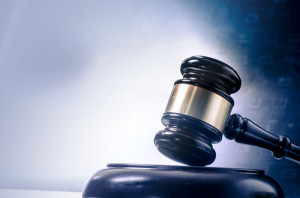 {3:30 minutes to read} In the recently decided case In re Urbanski, the Federal Circuit Court upheld the decision of the United States Patent & Trademark Office’s Trial and Appeal Board, which had found obvious the claims of Urbanski’s patent application.

Urbanski had argued unsuccessfully that the cited references taught away from their combination.

The application at the heart of the case described methods “for making an enzymatic hydrolysate of a soy fiber” with “a reduced water holding capacity suitable for use as food additives.” The Court noted, “that the invention was directed to soy fiber and enzyme mixed in water for 60 to 120 minutes to provide a fiber product having a claimed degree of hydrolysis, water holding capacity, and free simple sugar content.”

The Court ultimately agreed with the Board’s determination that “one of ordinary skill in the art would have been motivated to modify the Gross process in view of Wong to use a shorter reaction time.”

It also concluded that “the claimed degree of hydrolysis, water holding capacity, and free simple sugar content would be expected properties of the hydrolysis product.”

Urbanski had argued that the rejection by the Board was improper because “modifying the Gross process by shortening the hydrolysis time would have rendered the modified process inoperable for Gross’s intended purpose”, which was, presumably, to form stable dispersions.

The Court ended up rejecting this specific line of argument:

The Federal Court recognized that in Gordon, the proposed modification would have rendered the reference inoperable for its intended purpose. The present case was distinguished on the basis that there was no value given on the purposed of the primary reference being modified. The court focused instead on the fact that the modified process still was an operable product.

The question is how a person of skill in the arts is now supposed to combine references?

Please contact me with questions or comments at silvia@salvadorilaw.com.