Home
Patents
The Pending Case That Could Invalidate Thousands of Patents

The Pending Case That Could Invalidate Thousands of Patents 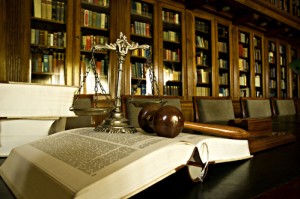 {1:40 minutes to read} A significant case for the patent law industry is currently on appeal before the Federal Circuit court. The case, Immersion Corp. v  HTC Corp., could decide what happens when an application is filed before the patenting of its parent application. Oral arguments for this case will be heard by the court in the first week of May 2016.

The case involves the interpretation of statute 35 U.S.C. 120, which states that:

The U.S. District Court had refused to give deference to the USPTO’s interpretation of the statute, which allows same-day filings of continuing applications, and held that “before” means “before.” In other words, even if the second application is filed on the same day in which the prior application issues, the USPTO will consider the filing to have occurred “before” issuance.

Instead, the District Court held that in order to show that the second application was finally filed, the defendant must produce some evidence to prove that it filed the continuation application before the parent patent issued.

The defendant, HTC, asserted that this would be an impossible burden to meet if, for example, a patent automatically was set to issue at 12:00:01 am of the “issue day.”

The District Court found that the continuation patent was not entitled to the priority date claimed and, thus, it was anticipated by intervening prior art. The defendant appealed to the Federal Circuit.

However, should the Federal Court disagree with the USPTO’s position, thousands of patents might end up being invalidated. Therefore, this is a very important case with huge implications for many patent holders.