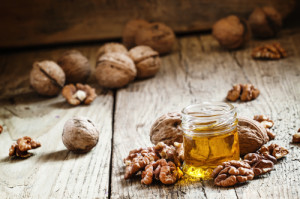 In a recent decision, In re Bhagat, the Federal Circuit upheld that certain lipid compositions were non-patentable under 35 USC § 101.

The following was the broadest claim under review by the Court:

A lipid-containing formulation, comprising a dosage of omega-6 and omega-3 fatty acids at an omega-6 to omega-3 ratio of 4:1 or greater, contained in one or more complementing casings providing controlled delivery of the formulation to a subject, wherein at least one casing comprises an intermixture of lipids from different sources, and wherein:

Why Were the Claims Rejected?

The examiner rejected the claims as directed to a “product of nature” because the claimed formulations were allegedly not markedly different from naturally occurring compositions contained in walnut oil or olive oil.

The examiner also rejected the claims as anticipated by a U.S. Patent and by publications of nutritional analyses showing that walnut oil and olive oil include omega-6 and omega-3 fatty acids in the ratios and amounts claimed.

Furthermore, the Patent Trial and Appeal Board (PTAB) upheld all rejections and the Court confirmed each PTAB finding without explanation.

Bhagat, the Applicant, argued that the “intermixture of lipids from different sources claimed” constituted a formulation markedly different from naturally occurring products, and provided synergistic benefits while avoiding “concentrated delivery of specific phytochemicals that could be harmful in excess.”

Ultimately, the Court sided with the PTAB and held that the applicant had not shown that the claimed combinations were a transformation of the natural products, or that they possessed properties not present in the corresponding natural products.

Thus, the Court affirmed all the rejections.