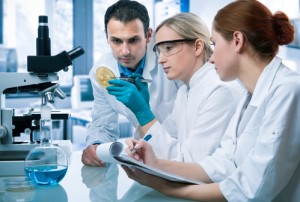 The patent at issue is directed to a technique which Genetic Technologies Limited (“GTG”) considered to be patentable. The technique involved isolating DNA from a patient, amplifying it, and comparing it to the DNA of a non-patient individual.

The Court began by analyzing GTG’s claims according to the two-step analysis defined by the “Mayo/Alice test”:

(1) determine whether the claims are directed to a patent-ineligible concept; and

(2) determine whether the claims’ elements, considered both individually and as an ordered combination, transform the nature of the claims into a patent-eligible application.

In this case, the Court held that, according to the step one of the analysis, GTG’s identification of associations between certain coding and non-coding alleles was just a law of nature and was, therefore, patent ineligible.

In applying step two of the Mayo/Alice test, the Court analyzed the elements of the claims to determine whether they contained an inventive concept sufficient to transform the claimed abstract idea (or law of nature) into a patent-eligible application. However, the Court stated that the steps of amplifying and analyzing the amplified DNA were not sufficient to provide an inventive concept, such as to render claim 1 patent eligible, because it merely sets forth a routine comparison that could be performed by the human mind.

Thus, the use of “junk” DNA to identify coding material did not amount to the “something more” required by step two of the analysis and was not enough to render the claim patent eligible.