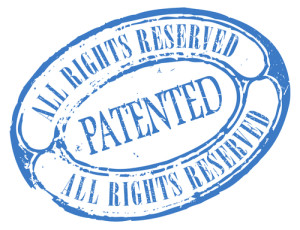 The patents were directed to a “body temperature detector” and related methods. There were two representative claims recited.

Claim 14: A method of detecting human body temperature comprising of at least three radiation readings per second while moving a radiation detector to scan across a region of skin over an artery to electronically determine a body temperature approximation, distinct from skin surface temperature.

Claim 24: The method of claim 14 wherein the artery is a temporal artery.

The district court held the claims to be patent-eligible. Kaz appealed to the Federal Circuit.

How did the district court make this determination?

The determination of patent eligibility under 35 U.S.C. § 101 involves a two-step analysis. The first step involves determining whether the claims are directed to a patent-ineligible concept (e.g., a law of nature, natural phenomena, or abstract idea).

If the claims are found to be directed to a patent-ineligible concept, then the second step involves determining whether the elements of the claimed elements — considered both individually and as an ordered combination — transform the nature of the claims into a patent-eligible application.

Ultimately, the second step of the analysis focuses on whether the elements involve well understood, routine, and a conventional activity previously engaged in by researchers in the field, which is a question of fact. In Exergen, the Federal Circuit held that economic factors are relevant to this inquiry.

The defendant argued that the additional elements were known in the prior art, but the court disagreed. According to the court, although an obscure reference may qualify as prior art, it would not be sufficient to establish that something is well understood, routine, and a conventional activity previously engaged in by researchers in the field.

According to the court, this case is different from Mayo and Ariosa because the inventor determined for the first time the relationship between temporal-arterial temperature and core body temperature, and after years and millions of dollars in testing and development found an unconventional method of temperature measurement. As a result, the court held the method patent eligible.

If the techniques used in the invention were well understood, routine, and conventional, it would not have been necessary for the inventor to spend time and money to arrive at the invention.

This case is interesting because it is rare that discoveries do not involve substantial investment in time and money.

Inventor, Patents, SILVIA SALVADORI
Sign Up for Email Updates
For Email Newsletters you can trust.