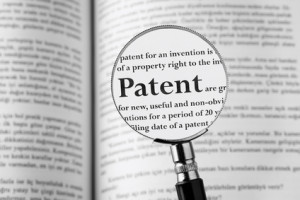 {3:25 minutes to read} In light of the decision by the U.S. Court of Appeals for the Federal Circuit in Novartis AG v. Lee, The United States Patent and Trademark Office (USPTO) has revised the rules pertaining to patent term adjustment. Based on this court decision, many future U.S. patents may be entitled to a longer term, generally from a few days to a few months.

In Novartis, the Federal Circuit reversed the District Court ruling and remanded for a redetermination of proper patent term adjustment (PTA) determination. The Federal Circuit affirmed Novartis’s position that the USPTO had incorrectly calculated the B delay in situations where a Request for Continuing Examination (RCE) is submitted during prosecution.

The Federal Circuit rejected the USPTO’s original interpretation of the statute 35 U.S.C. § 154(b)(1)(A)-(C) that once an RCE was filed, the application no longer accrues “B” delay, although it might still accrue “A” delay and/or a “C” delay.  That is, the USPTO had interpreted Section 154(b)(1)(B)(i) to mean that filing an RCE cuts off the “B” delay period.

The Federal Circuit held that the time consumed by filing an RCE does not include the time after a notice of allowance, unless the Office actually resumes examination of the application after allowance. Accordingly, the Office has now revised its the rules of practice to comply with this timeframe.

Patent holders who might have their patents impacted by this important decision should review their portfolios and identify those cases where additional patent term Adjustment may now be available to them.