Home
Patents
Be Careful of Disclosures in Your Patent Application!

Be Careful of Disclosures in Your Patent Application! 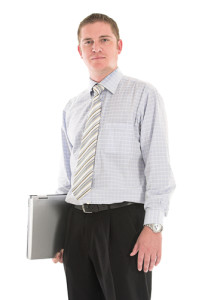 {2:55 minutes to read} When drafting a patent application, it is very important to be mindful of admissions as well as any information in the public domain. In looking at a recent appeal that was decided by a Federal Circuit Court, we learn why this is so important:

During the prosecution of U.S. Patent Application No. 09/832,442, the claims set forth by the patentee, Morsa, were rejected for allegedly having been anticipated by a press release regarding a web-based product.

On remand, the USPTO Patent and Trial Appeal Board determined that the reference was enabling based on statements within Morsa’s patent application regarding the state of the art. Morsa again appealed the decision (Morsa II).

In Morsa II, the Federal Circuit agreed with the USPTO Patent and Trial Appeal Board in finding that the specification in question would have allowed a skilled artisan to have known how to use conventional computer equipment and how to program it. Thus, by using the patentee’s admission, the Board simply held him to the statement he made in attempting to procure the patent.

Written in a dissent, Judge Newman criticized her colleagues, arguing that the law of anticipation and the law of obviousness are not the same and that enablement of the prior art must come from the prior art only, and that the applicant’s specification is not relevant to the matter at issue.

In conclusion, it is important to be aware of any disclosures made when drafting a patent application. Please contact me with questions or comments at silvia@salvadorilaw.com.