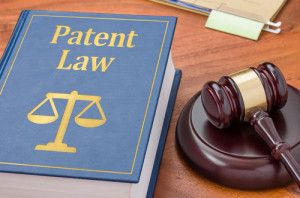 On July 8, 2015, the Federal Court denied en banc a review of a holding that the decision of the Patent Trial and Appeal Board (PTAB) to institute an inter partes review is final and cannot be appealed. In re Cuozzo Speed Technologies LLC.

However, in a case that was decided the very next day, Versata Development Group, Inc. v. SAP America, Inc., the Court arrived at the very opposite decision. The issues, in this case, were whether the patent qualified as a Covered Business Method (CBM) under the statute and whether or not that decision by the Board was reviewable by the Court. The Court held that, unlike a decision of the PTAB to institute an inter partes review, the eligibility of a patent as a CBM patent is reviewable.

Thus, while the Court, in Cuozzo, held that it did not have subject matter jurisdiction, the Court of the Versata case held that it could review the eligibility of the patent as CBM.

On the other hand, in Versata, the Court had argued that the CBM patent eligibility is reviewable.

The Court reasoned that if a patent does not qualify as a CBM patent, then the PTAB would have no statutory authority to invalidate, and that any overstepping of authority by an agency (in this case the PTAB) is generally reviewable by the courts. That is, the majority stated that the CBM eligibility is a threshold issue, so if a patent is not a business method patent in the first place, then the Trial Board would have no statutory authority to invalidate the patent.

The takeaway is that a patentee may not challenge in court the PTAB’s decision to institute Post-Grant proceedings. However, after the PTAB has rendered its final written decision, the Federal Circuit may review the PTAB’s underlying determinations of that final decision on appeal.