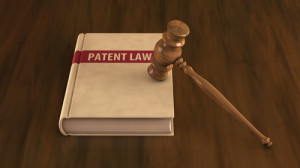 {2:50 minutes to read} There is much to be learned from the recent case, Perfect Surgical Techniques, Inc. v. Olympus America, Inc. The Federal Circuit held that the Patent Trial and Appeal Board (PTAB) ruling was incorrect and found that there was evidence that the inventor conceived of the invention before the cited prior art.

35 U.S.C. 102(g) states that: “There shall be considered not only the respective dates of conception and reduction to practice of the invention, but also the reasonable diligence of one who was first to conceive and last to reduce to practice, from a time prior to conception by the other. Thus, when swearing behind a reference, the critical period for diligence runs from the day before the reference was published through the date of actual or constructive reduction to practice of the invention.”

The PTAB identified stretches of several days during the relevant period, during which it said there was no evidence the inventor worked on the invention, and thus held that the inventor was not diligent in working on the invention during the relevant period. The Federal Circuit majority disagreed and held that it was the wrong way to approach the issue and that the inventor only needed to show “reasonably continuous diligence.” One gap was of only few days, and calling that a period of inactivity was “unreasonable on its face,” the court said.

“An inventor is not required to work on reducing his invention to practice every day during the critical period,” the court continued. “And periods of inactivity within the critical period do not automatically vanquish a patent owner’s claim of reasonable diligence.”

Moreover, the court noted that the attorney’s activity is also evidence of diligence, because “an attorney’s work in preparing a patent application is evidence of an inventor’s diligence.”

Although the ability to swear behind a reference was eliminated for most new applications and patents falling under the America Invents Act (AIA), to prove prior conception and “reasonably continuous diligence” may still be very relevant for many patent holders.

Please contact me with questions or comments regarding this prior conception or reasonable diligence.

America Invents Act, Patent Trial and Appeal Board, Prior Conception, SILVIA SALVADORI, USPTO
Sign Up for Email Updates
For Email Newsletters you can trust.